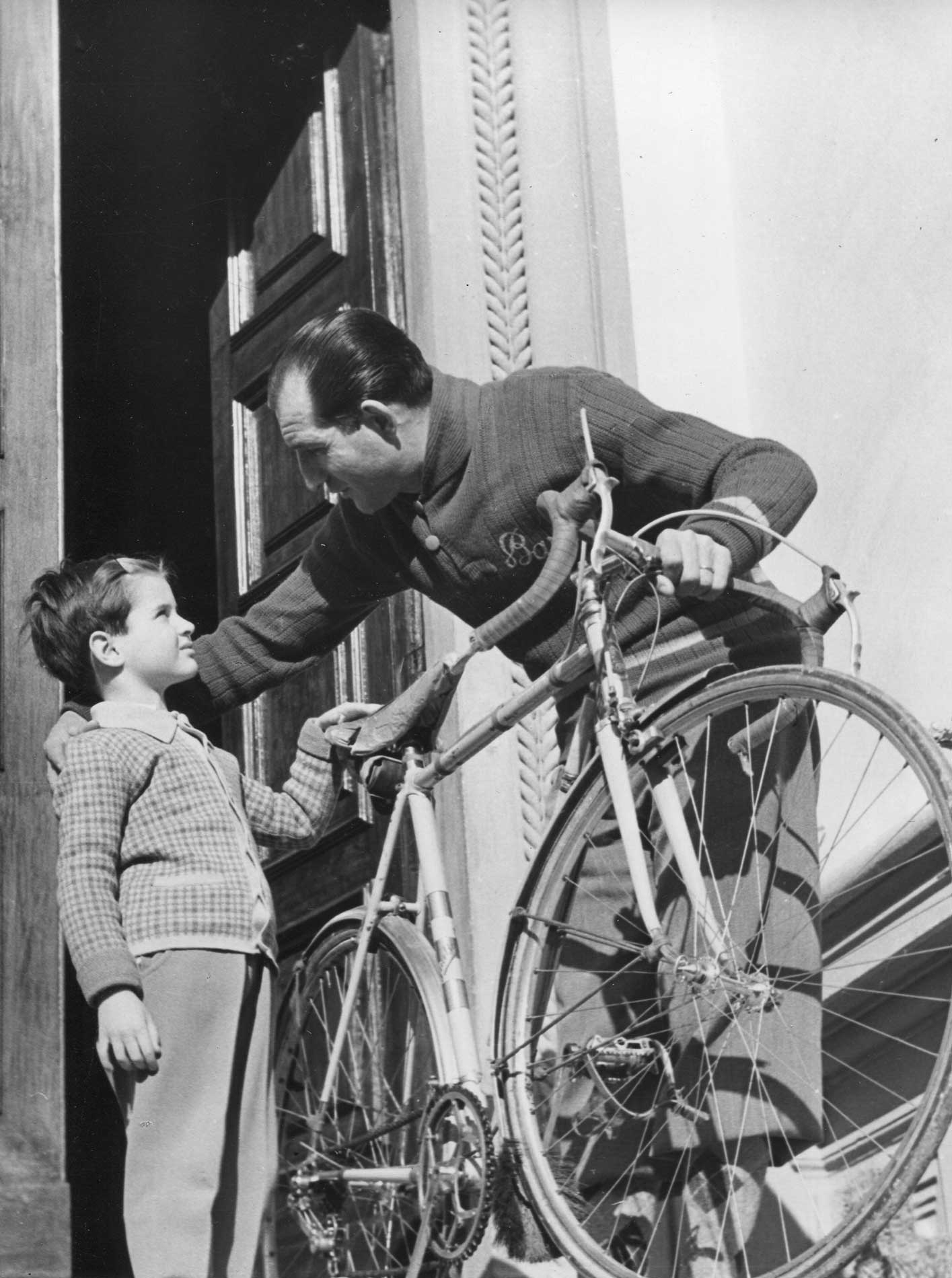 TO BE THE SON OF A GREAT CHAMPION: INTERVIEW TO MY FATHER LUIGI BARTALI

My father Luigi Bartali, Gino Bartali’s second-born, has always been more or less introverted and has never talked much about my grandfather. We can define him a man of action, more than of words. I’ve always given a certain importance to words, instead. I came to know a lot of things regarding a great champion like my grandfather Gino reading books. A bit unwillingly my father starts to answer my questions. Then after thirty minutes, with a steaming pen, I end up telling him: “Wait! I’ve already written five pages!” So I decided to divide in two articles our chat.

Where shall we begin? He asks me. Great question! A book wouldn’be sufficient!

He starts spontaneously to talk about the way Gino and Adriana came to know each other for the first time. “Berti had a confectioner’s shop in Via del Corso in Florence, they were good friends and Gino went often to have breakfast there, quite often he went there in the evenings at the end of his training. In front of Berti, on the opposite side of the street, there was a shop called store “Fourtyeight” at the civic number 48, an emporium where various products such as cloths were sold. One day, while my father was having breakfast sitting in Berti’s confectioner’s shop, he perceived beyond the shop-windows, Adriana who was working as a saleslady.

After a while Gino took courage and asked to accompany her to the tram stop. My mother Adriana, lived at the “Cure” district; she usually took the tram to go to work. With pleasure they spent that short journey together and Gino proposed to accompany her also the following days. Sometimes with the presence of Adriana’s brother, Giorgio. They were other times and brothers used to look after the sisters. So, walk after walk, Adriana became his wife. It was 1940.

A childhood at the light and shadow of a great champion.

Knowing of some happening of my father’s childhood, not very carefree, a question comes often to my mind about how my grandmother had been in the role of a mother. “My mother Adriana in order to take care of Gino and his career that needed continuous transfers, preferred to put us, her sons, in college, simplyfing things in her way, with the great loss of a regular family routine. I realized that my father was a person out of the common. Also for the quantity of letters that he received every day, that composed a mountain of documents on his desk. The work was so much that Gino engaged a secretary whose duty was to open the correspondence, to read it and to let my father view the questions of a certain relevance.

“Strangely” the majority of the requests regarded economic help! My father helped many people, most of all institutes and colleges. Gino didn’t speak much about himself in the family, but he was happy to give satisfaction to the admirers when with vivid enthusiasm they asked him about his sport.

Do you have some regrets? A delicate question.

“But how! Have you never ridden a bicycle together?” Then I reflect and I remind my father that we have never done it either!

“That time when we moved by car to our home in Siena, Gino by bicycle while Adriana drove the Giardinetta car, we stopped on top of Castellina in Chianti. My father took out from the car my small bicycle and he told me that we could ride by bicycle to our home in Siena from there! Together we managed to do three bends. At the end of the third I fell on him and we fell together! It was the first and the last time we rode the bicycle together!”

Gino Bartali and his friends on four paws!

My grandfather has always loved animals, maybe because he grew up in a town near Florence, that at that time was surrounded by fields and farms. My father tells me:

“When we lived in via Mascagni in Florence we had a boxer named Ash. Some years afterwards, in the family cottage in Siena, Dik arrived: a grey-white German sheperd dog that Totò gave to my father as a present. You must know that Totò, a famous Italian actor, was a great pet lover. He also bought a kennel, offering protection and treatment to strays. Gino took care also of Ali for years, the black poodle of the apartement in Viale Matteotti. We must remember the special love for the pony Duli and the more recent experience with the monkey Miro.

Miro was given to Gino as a present at a fair. It was brought home in a small cage. The house at the third floor in Piazza Cardinal Elia Dalla Costa was not its natural habitat. The little monkey was kept in a cage because if he was let free he was unmanageable. One day Gino put his finger between the bars trying to caress Miro with good intentions. The monkey bit his finger with anger! In two days Miro was taken to the zoo in Pistoia.”