The Gino Bartali Cycling Museum is an ideal place where to rediscover the history of the bicycle with the sporting and humanitarian enterprises accomplished by my grandfather Gino Bartali. The museal structure was built, like my grandfather required, in Ponte a Ema. In this small town, on the outskirts of Florence, at the civic 175 of Via Chiantigiana, a beautiful Museum lifts up with the shape of a wheel is intitled to him.  Right in front of Gino’s native home, an apartment at the top floor of a small house where he was born, and where “ Gino started his race in the roads of life and sport”, as the marble inscription reminds us.

The Gino Bartali Cycling Museum whose realization has been promoted by the Associazione Amici del Museo Gino Bartali,

in collaboration with the Municipality of Florence and Bagno a Ripoli, is open to the public since 2006. The volunteers of the Association who have attended to the museal collection, consisting of rare pieces given by old friends of my grandfather Gino and former-ciclysts, agreed to collaborate with the Town Council that is actually managing the structure. 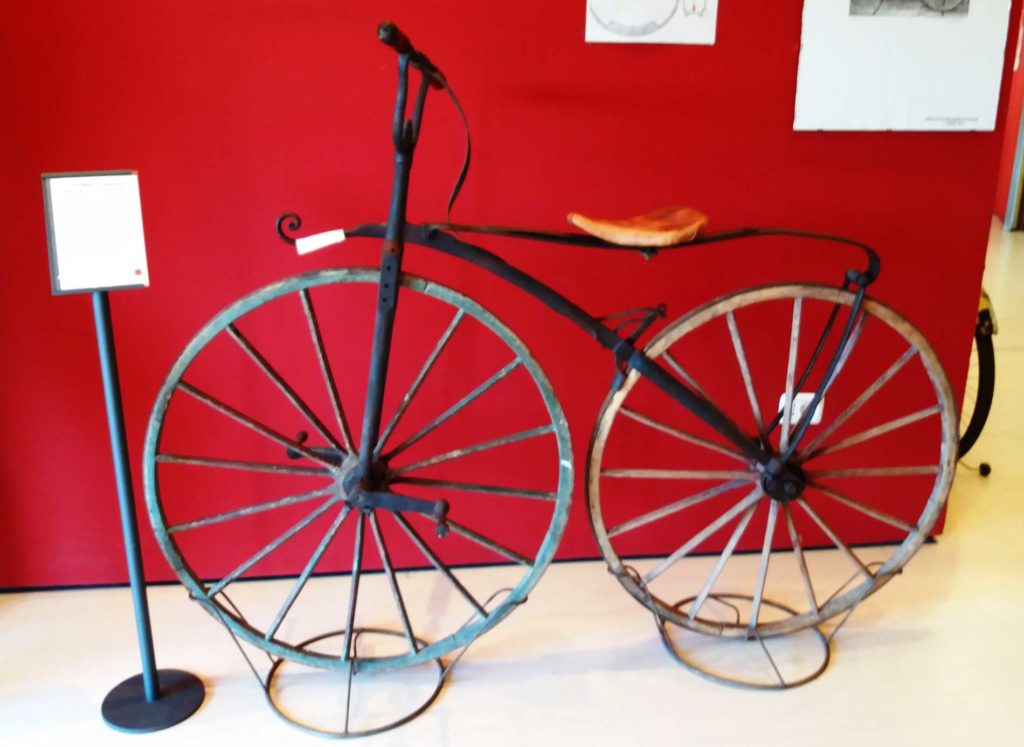 A huge exposition of bicycles is exposed, disposed cronologically from the oldest to the most recent. Some vintage bicycles go back to the end of the Nineteenth century, as the “draisina” and the iron bicycle. In the principal room we find a lot of exemplaries of the first half of the XX century: for leisure, for races and others very peculiar like the one of the infantryman, knife-grinder, soldier. The bicycles in the two glass cases were owned by my grandfather.

The Bartali bicycle of the Fifties, produced by Santamaria of Novi Ligure, was the last one on which Gino ran.

Beside it, we find another Bartali bicycle, used by my grandfather for the races on track. Together with these two unesteemable bikes there is the racing bicycle of Gino’s youngest brother, Giulio Bartali, a Legnano of 1935. He was a promising cyclist, and the two brothers were used to train together. In 1936 Giulio died because of a car accident during a race.

The Bartali bicycles have the shifters Vittoria Margherita and Campagnolo. For those who want to widen their knowledge the argument of the evolution of the bike shifter this Museum offers a lot of resources. Among the bicycles of relief exposed, I quote some to give you an idea of the collection: race bicycles “Edoardo Bianchi” of 1908-1910, bicycles “Officine Veronesi” of the first of XX century, a racing bicycle “Legnano” from 30s, a Stucchi from 40s , the “Taurus – Milano” of 1937, the “Umberto Dei” of 1953. Until we arrive to the models of the year 2000: Gios and Pinarello. 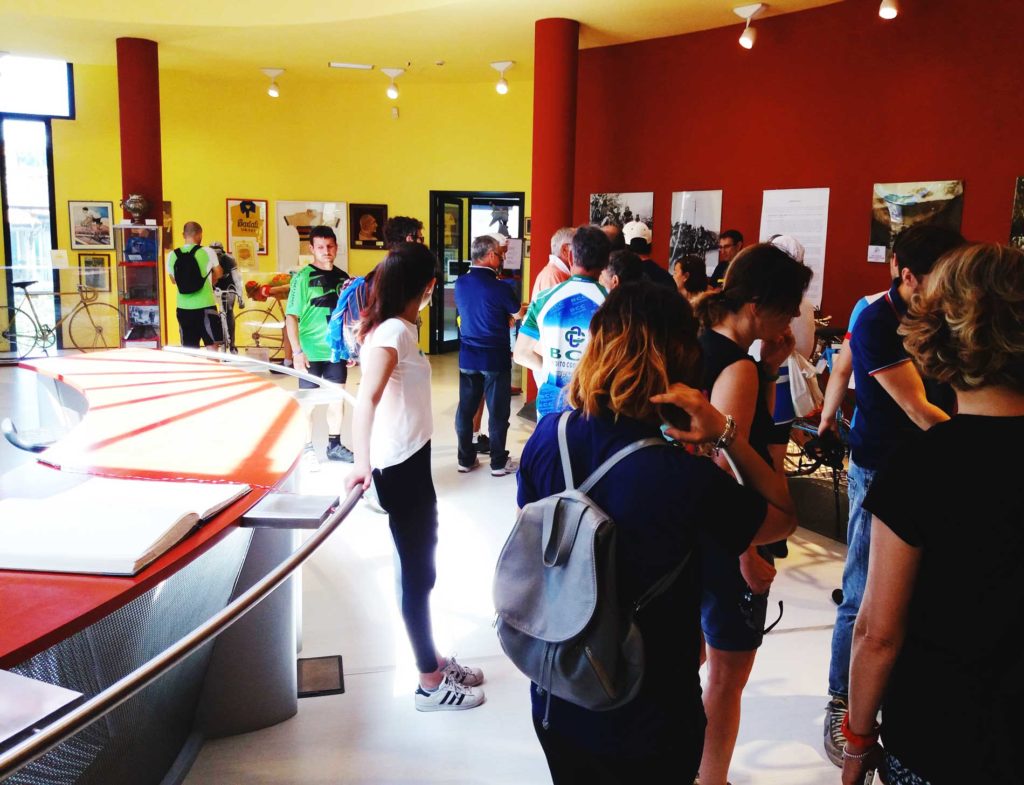 Many are the fans who, also from abroad, come to visit the Museum.

Estimators of vintage bicycles, journalists and naturally admirers of Gin Bartali. Also the schools, Elementary, Medium and High Schools come to visit the Museum. The building is adapt to receive students and to give adeguate tours for every age. Not only children are very enthusiastic in trotting around the bicycles, but it comes spontaneous to link Sport and History, in particular regarding the Second World War. Inside the Museum the certificate of

“Right Among the Nations” is exposed, reference point on the Shoah and positive message for children,

to whom it is explained how Gino helped the weakest risking his life in transporting the documents to make Jews expatriate. Documents that were hidden in the inside of the frame of the bicycle. And this part of history makes young people even more curious!”The peace post-man” as some students have renamed him, is a great example of humanity and solidarity that merits to be transmitted.

Unfortunately still many don’t know this Museum. Now that many institutes are examining the programmes of the present school year, I take the occasion to talk about it. When it is possible for me, apart from my work commitments, I render myself at disposal to receive classes that desire to have a dialogue. Those who would like to organize themselves for the guided visits can contact the Association MUSE.E Firenze with whom to fix the type of visit, included for foreigners visits in English.

Bicycles, tropheys and personal objects have been given by Gino Bartali

to the Association “Amici del Museo Gino Bartali”. Jerseys, shoes, cards of the first Sportive Society S.S. Aquila owned by my grandfather have been shown, so that everybody could see them! In the Nencini Room, the video room, we can sit in relax to view historical movies. The reading room offers the possibility to consult various books on Cycling. Also various newspaper articles of the 40s and 50s are available to read.

Check out the Photo Gallery!