PARIS – ROUBAIX ON VINTAGE BICYCLES: THE TEAM OF NOVA U.V.I. TELLS THE CHALLENGE

The first edition of the Paris-Roubaix goes back to 1896, and it originally started from the French capital. Today the 0 km is in Compiègne. From this city we must ride a certain distance, this year 257 km. The “Easter” classic race is much loved because it offers a great exibithion: efforts on the saddle on the muddy cabblestones, surrounded by legendary environments like the forest of Arenberg. The ride is disputed the day before the race of the professionals cyclists, and includes a shorter route.  This year the reckless team of the

NOVA U.V.I. has challenged the Paris- Roubaix on vintage bicycles.

To the vintage cycling team of NOVA U.V.I. I have already dedicated a special article. It’s about the rievocation of the first stage of Giro d’Italia in 1909 Milano – Bologna (read here).

From 13 participants, the group has exphaded to 35 presences. Not all are members of the society, someone is a sympathizer united by the same passion for vintage bycicles, like Gilberto Simoni ( professional cyclist from 1994 to 2010). In the delegation there were two women too, and this is a great new. With bikes of the first of the 900s, heavy and without shifter, the Nova U.V.I. team was not satisfied to ride just a distance of 170 km, as the program! Faithful to the original journey,

to arrive punctually at 8 in the morning to join to the official start. Adriano, who was my link with the Nova U.V.I. team says: “I chose my bike of 1920, the one with the heaviest frame, and the biggest wheels that I found. I assembled it as to go to a battle…” 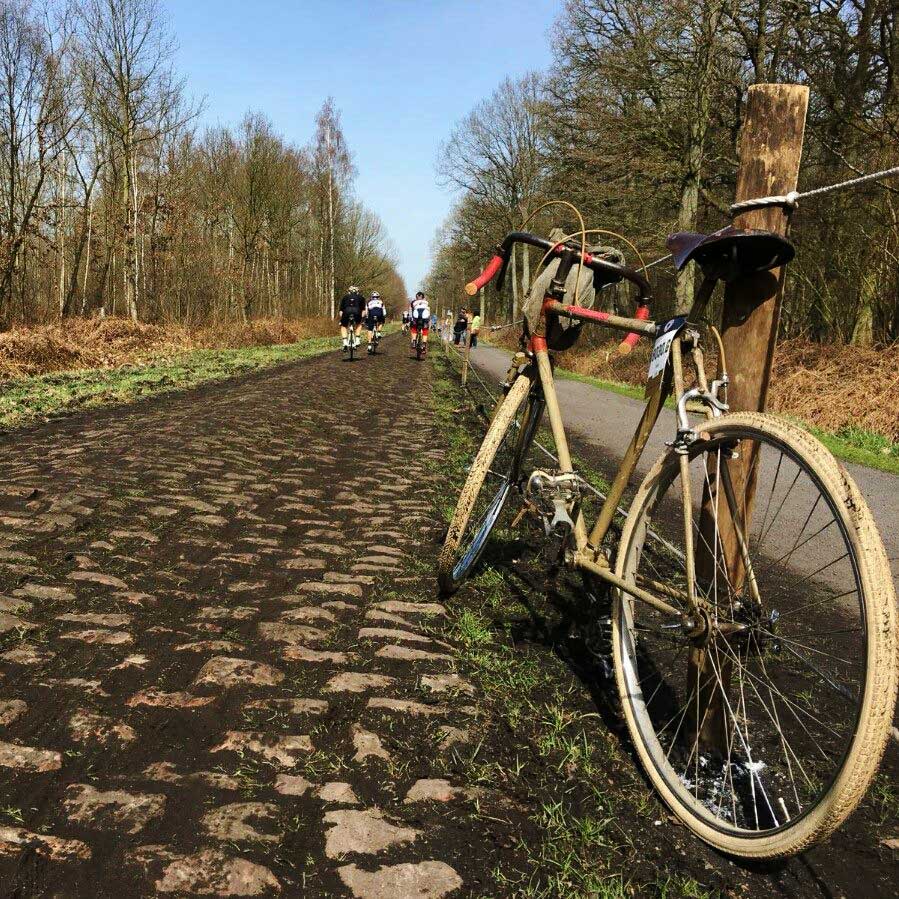 The eve of the race has already given great emotions. The bicycle punching was made faithful as happed a long time ago. The vehicle is registered before the race positioning a seal to the frame and to the wheel. It was a rite of psycho-physical preparation for the race. The ancient formula was taken from the past and re-proposed by Nova U.V.I. in collaboration with the French authorities.

I leave you only a few moments to imagine the travel of our warriors who face the whole route Paris-Roubaix on vintage bicycles. Including the many segments on cobbles. Vehicles are without shifters, and they conserved all the original components: iron structure, old leather saddle, ancient brakes…

Every frame has 100 years of life on it!

Didn’t fail some technical accidents: those who have completely worn out the tyre, those who broke the handlebars and had to use the only spare bike available. The one who got the worst of it by breaking the brake. The only one brake on that old bike of the first of 900s chosen for the occasion. The cyclist had to brake with his foot on the ground for a great part of the race!

Everyone with his own rhythm and his disadventures, the team proceeded along the path.
And then, in the rest areas, they gathered to eat and take a breath, while waiting for the slower ones left behind. Maybe you’ll be curious to know how this story ended, and the time needed for this long adventure. The Nova UVI has successfully finished the race in 13 hours (including the stops) for a total of 270 km running at 25 km/h on average. “We caused a great sensation” Adriano confided to me once coming back to Italy “and they claimed us warmly along the streets. There was much admiration in our regards”. Of the whole journey, which were the most suggestive moments?

To see the sun rise when you are crossing the French coutryside, when you know that the other cyclists are still sleeping. The tireness has been rewarded also once entered into the velodrome of Roubaix. Such a truly emotion! 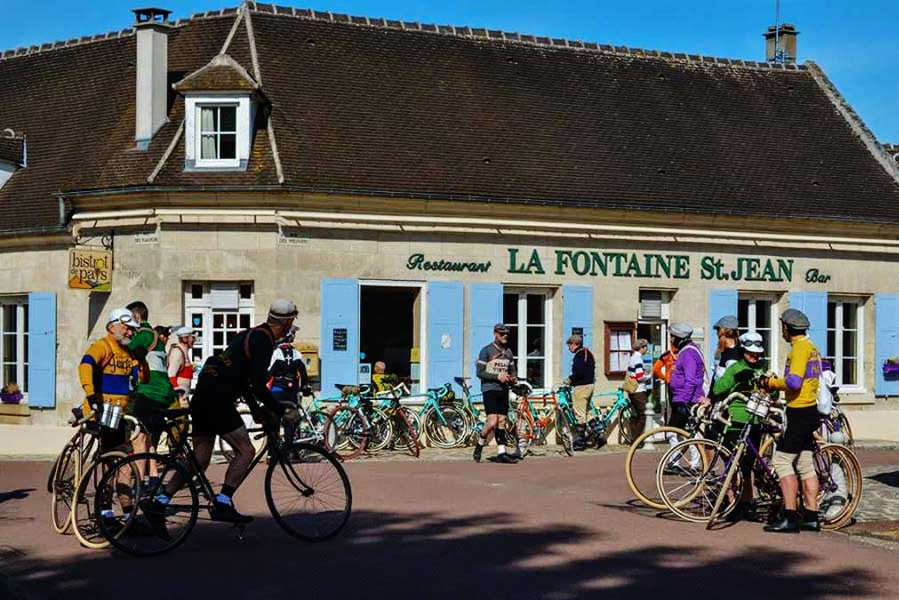 The arrival was an happy celebration. The NOVA U.V.I. reached its objective: to ride faithfully according to the tradition with passion and light-heartedness. It doesn’t matter the time spent till the arrival point, but the spirit with which we face the journey. In the respect of a

philosophy that wants to rebring to light the genuine enthusiasm of the race.

“I don’t know if next year we will come back to the Paris – Roubaix on vintage bicycles…” Adriano explains to me when I ask him about the future projects of the NOVA U.V.I. “ but we are satisfied to be valued by the French institutions and the people. A gratification is also to be present in the official website of the race! Everyone remained struck and fascinated by our race, in a revocative but at the same time spontaneous way.” 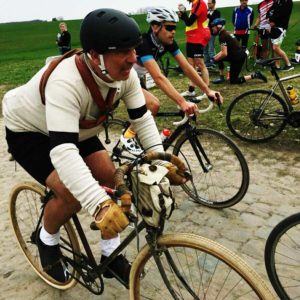 The NOVA U.V.I. brought its “historic cultural” contribution to a classic race of the North. Enriching it with an old fashion style. The “warriors of the cobbles” faced effort and revalued the history of the race. Moreover the Paris –Roubaix was rode according to their interpretation, that unifies sport and friendship.