IN MEMORY OF GIULIO BARTALI, GINO’S BROTHER – A SHATTERED DREAM IN HIS TWENTIES 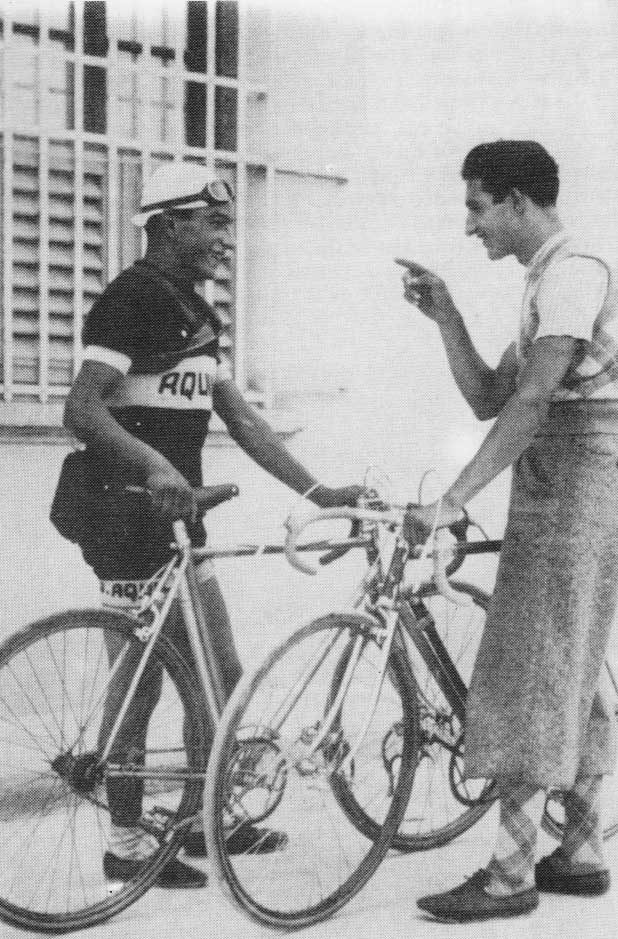 In memory of Giulio Bartali, known by me only through a black and white picture, I am writing this article with the purpose to pay him my respects, in my way. On the 14th June 1936, the day of the accident, Giulio was twenty years old. He was born on the 20th October 1916, two years younger than Gino. He was the youngest of the family. His sisters, Anita and Natalina, took care of him. Giulio had followed the footsteps of his older brother. Both ran in the sports society “Eagle” of Ponte a Ema. They did tough training together on the Tuscan hills.

The enthusiasm of the twenties, running with his brother following his dream,

to become like Binda and Girardengo, a great cyclist! The dream to compete as a professional together with Gino, nourishing a perspective of a better life, away from that village of humble laundresses and peasants. And he ran and dreamed. And then that 14th June arrived, when the Championship of the Young Tuscan Fascists, a race for beginners was disputed.

They were on the San Donato descent, he and two other collegues in escape. It was raining.

Close to Osteria Nuova a car arrived, despite the prohibition of transit. At the signal, the dirver stopped, then he started again abruptly and all the three runners collided onto it. Giulio Bartali suffered a lot of injuries, and hurting himself against the handle of the doors of the Balilla car he broke his left clavicle. Gino rushed to his brother in hospital, who despite the accident didn’t lose conscience.

From Gino’s narration in the book “Bartali’s legend”

Nasello- he called me like this for the accident that caused the fracture of the nasal septum during a race in Grosseto – these are things that happen.” And he told me how it happened. The doctors told me that he had to be operated. I left him smiling. After the operation the doctors told me that we could take Giulio back home. In the following hours he didn’t speak, he didn’t speak. He held my hand. He died in this way. Only after 23 years my mother told me: “Gino, now I can tell you the truth. It was a wrong operation that caused Giulio an internal haemorrhage”. My mother decided to reveal these things only after the chief’s doctor’s death, for discretion.

My grandfather, because of this tragic happening, left his beloved bike aside, deciding to leave the running career. The disorientation, the pain, also in part guilt in having dragged his younger brother in an exhausting and dangerous sport. For this reason, afterwards, he did’nt want that his sons and nephews to start the cycling carreer. Not only for this reason. I believe that he had felt, that in the cycling world of the Fifties, at the end of his career, a great change had occurred.

The genuine sport of his youth had evolved into something which did not reflect him.

And then doping started to be used. My grandmother Adriana, whom he married in 1940, and his sisters Anita and Natalina, convinced Gino to start racing again. The decision to restart the competitions was taken also after a reflection: would Giulio want his brother to retire, subtracting himself from his destiny of a champion? Not at all. Every step forward, every victory, every goal reached a dedication to his brother.

Gino always said that Giulio had great talent, that he was the only one who stayed on wheel during the training!

There is a stele in Bagno a Ripoli, on the hills of Florence, right on the point of the tragic accident, in Giulio Bartali’s memory; a cyclist victim of the road, victim of an accident that could have been avoided. We are all vulnerable. Yesterday as today. The connection is spontaneous with the tragic accidents by bycicle of Michele Scarponi and Nicky Hayden. There must be more protection for cyclists, as more responsibility is needed at the wheel. The fact remains that life is unforseeable. Giulio Bartali has left it, life, running after his dreams; but not because of this, he lost it in vain.

CYCLING IN NATURE: IN SEARCH OF GREEN SPACES IN TOWN